An anti-scarring drug invented by UBC researchers will soon complete testing to determine its safety in humans as a topically administered drug. This marks the first time UBC researchers have conducted clinical testing of a drug they developed without industry sponsorship.

“Our discovery marks a significant medical breakthrough toward the treatment of scars and autoimmune diseases. It has the potential to impact millions of patients worldwide,” said Dr. Aziz Ghahary, a professor in UBC’s Department of Surgery and the director of the British Columbia Firefighters Burn and Wound Healing Laboratory, part of Vancouver Coastal Health Research Institute. “Until now, there has not been any specific therapeutic agent approved by either the FDA or Health Canada to target the molecular aspects of scarring.” 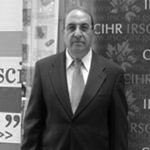 With Fibrostop, the name Dr. Ghahary and his team use to describe the drug, the research team began UBC’s first ever non-industry sponsored clinical trial for a drug candidate discovered at UBC. Recently, Dr. Ryan Hartwell, co-inventor of Fibrostop and postdoctoral fellow in Dr. Ghahary’s lab, founded a spin-off company called BirchBioMed Inc. to further the clinical development of the drug and associated technologies.

Many drug candidates have been developed at UBC but the university, through the University-Industry Liaison Office, usually licenses them to companies that have the resources to complete the preclinical work required before clinical studies in humans can be initiated.

“With Fibrostop nearing completion of Phase I human clinical trials as a topical therapeutic, Fibrostop is the most clinically advanced UBC therapeutic to be transferred to industry to date,” said Brad Wheeler, UBC’s Technology Transfer Manager for Vancouver General Hospital. “We are very much looking forward to seeing BirchBioMed advance this new drug to the next set of clinical trials and through to market.” 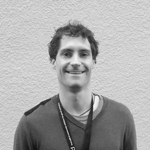 The drug was initially developed as an anti-scarring treatment for people suffering from severe burns. Scarring results from the body over-repairing after an injury, surgery or disease. The drug, which can be administered by injection, orally or topically, is designed to stop that over-repair.

“The potential impact for burn patients alone would be dramatic, both in terms of health outcomes and health care savings,” said Dr. Hartwell, who is also chief science officer and president of BirchBioMed.

During pre-clinical development, the team discovered that the drug also shows promise for reversing autoimmune diseases such as psoriasis and a hair loss condition known as alopecia areata when used in conjunction with another UBC therapy. While this research is still in pre-clinical studies, the researchers believe the results have the potential to have widespread impact.